Mark Armanini studied with Elliot Weisgarber and Robert Rodgers at UBC School of Music graduating with a Masters degree in composition in 1984.A founding member of the Vancouver Pro Musica, Mark's interest in oriental music began in 1990 when he met pipa virtuoso Qiu Xia He. In 2000 Mark traveled for performances of his compositions to Taipei, in 2003 to Beijing, in 2006 to Nanjing and in 2007 to Wuhan to study the ancient Marquis Yi Bell Set . Expanding his interest in many world instruments from 2009 - 2014 Mark attended the Atlas Academy, in Amsterdam where his composition Chroma premiered at the Concertgebouw and a nonet Decor was given a workshop performance at the Amsterdam Conservatory. In 2012 he returned to Taipei, for the premiere of Eye of the Dragon, a Canada Council commission for the Little Giant Chinese Orchestra. Riding the intercultural music wave Mark has had recent orchestral performances in Amsterdam, Winnipeg, Montana, Sanremo Italy and Hanoi, Vietnam. He is presently Artistic Director of the Vancouver Inter-Cultural Orchestra  and Producer of the BC Chinese Music Ensemble. He is on Faculty at Capilano University. 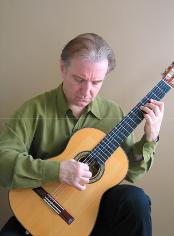 Born in Northampton, England. Stephen began to play the guitar at age eight. He has studied with such eminent guitarists as Jose Tomas, Oscar Ghiglia, Leo Brouwer and Manuel Barrueco. Stephen has played many concert tours in the Pacific North West. He has taught on the faculty of Capilano University in North Vancouver for the past thirty seven years and has released six solo guitar recordings in such genres as Spanish, Baroque, Flamenco, South American and Classical Guitar music. He continues to study, compose, teach and concertize. 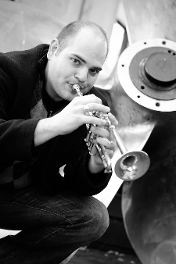 Mark D'Angelo a native of North Vancouver holds a Master of Music Degree from the University of McGill in Montreal, Q.C. Mark is currently Principal Trumpet in the Kamloops Symphony, and Second Trumpet with the Vancouver Island Symphony. He has also performed with the Vancouver Symphony Orchestra, Vancouver New Music, Victoria Symphony, CBC Radio Orchestra, Thunder Bay Symphony, and the American Brass Quintet as an Aspen Music Festival Fellowship recipient. Mark has performed with Ben Hepner, Lila Downs, Lara St. John, Tony Award winner Idena Menzel, Ashley MacIsaac, and can be heard on Hedley’s Double Platinum Juno nominated album “The Show Must Go” Universal, 2009. In 2012 Mark was awarded a Canada Council for the Arts Specialized Travel Grant to study Trumpet in Valencia, Spain. More recently he attended the Banff Centre for the Arts at the Allstar Brass Residency with Jens Lindemann.  In 2017 Mark performed the British Columbia premiere of John Estacios Concerto for Trumpet with the Kamloops Symphony.  Mark currently holds the position of trumpet instructor at Capilano University, and is a Stomvi Performing Artist. 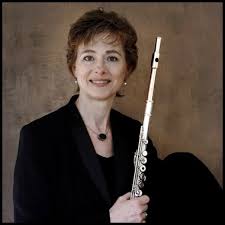 Brenda is the Principal Flutist with the Vancouver Opera Orchestra, a faculty member of the UBC School of Music, and a core performer with Vancouver's esteemed Turning Point Ensemble. Present and former students have won recognition as symphonic and chamber players, competition winners and RCM Gold Medal recipients. 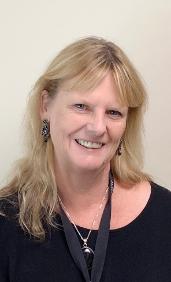 Wendy Grant grew up in Lethbridge, Alberta where she studied piano from an early age. After completing her ARCT in piano performance and pedagogy at the Royal Conservatory of Music in Toronto studying with Earl Moss and William G. Andrews, she attended the University of Lethbridge where she received a Bachelor of Music degree. She subsequently attended the University of Victoria, receiving both a Master's degree and a PhD in Musicology. Her master's thesis, a study of the trio sonatas of Henry Purcell, won the Governor General's Gold Medal in 1990. Wendy has presented papers internationally and has performed frequently as soloist and accompanist on piano and harpsichord.

An avid chamber musician, Heather moved to Vancouver to join the Purcell String Quartet.  With the Quartet, she has performed in Paris, toured Europe and BC.  Guest appearances include California’s Chamber Music West, Cabrillo Music Festivals, plus Pacific Rim and Hornby Festivals. Heather was a member of the CBC Radio Orchestra.

Currently, Heather is Acting Principle Cellist with the Vancouver Opera orchestra, is on faculty at Capilano University and maintains a private studio. She received her Masters of Music from the San Francisco Conservatory of Music.  She has also studied at Queen’s University and the Banff School of Fine Arts.

David McCoy received a Bachelor of Music (highest graduating average) and a Master of Music Degree in Piano Performance from the University of British Columbia where he studied with Robert Silverman. He furthered his studies at the Banff School of fine arts where he participated in Masterclasses with Gyorgy Sebok, John Perry and Menahem Pressler. In addition to Capilano University, David has had teaching positions at the University of British Columbia, Douglas College and has been an examiner for the Royal School of Music. With over 30 years of teaching experience in post-secondary institutions he has taught numerous competition winners who presentlyhave successful careers in music. David utilizes a methodical and detailed approach to the preparation of performances, juries, competitions and auditions. Technique building strategies include injury prevention. His teaching philosophy emphasizes the unique circumstances and background of each student and seeks to help them achieve their individual goals.

Grace McNab (M. Mus., U.B.C., 1982) is a theorist and pianist with a background in visual art and movement, including architecture, drawing, painting, dance, and martial arts.  Since 1989, she has taught music theory in the jazz and classical music programs at Capilano University.  In addition to her commitment to creative classroom teaching, Grace served as Coordinator of Jazz Studies from 1997 to 2012, and has participated on many committees as well as the Capilano University Senate. Her personal research interest involves exploring a synthesis of music theoretic concepts with physical movement and visual design to produce expressive, pictorial music analyses during live listening. She presented this original work under the title "Organic Transcription: An Embodied Artistic-Analytic Process" at the 2017 EUROMAC9 Music Analysis Conference in Strasbourg, France. 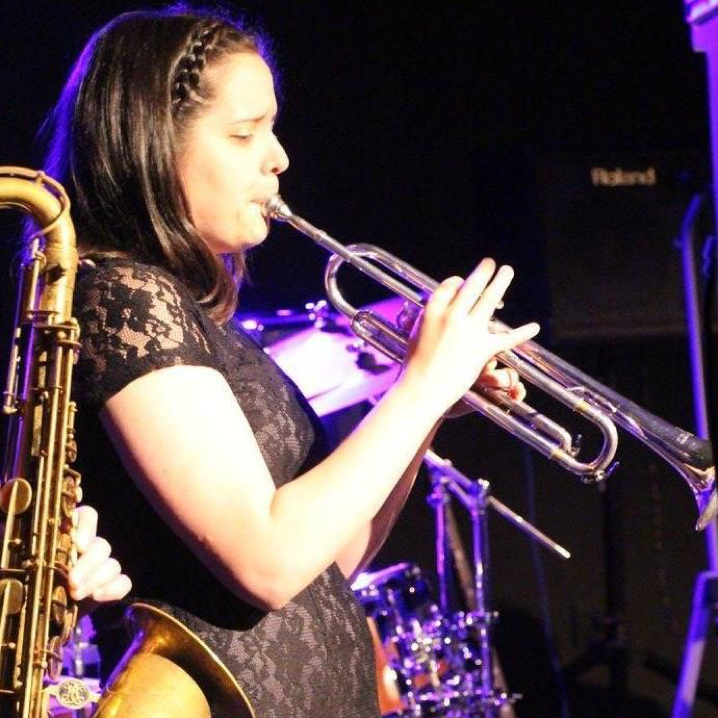 Karen Nakajima began her studies at Capilano University, completing the Music Diploma program and now holds a Master of Arts in Music Theory and a Bachelor of Music from the University of British Columbia.  During her studies, she was recognized with many awards, including the UBC Medal of Music, the Wallace Berry Prize for Music Theory, as well as the Governor General's Collegiate Bronze Medal from Capilano University.

Karen loves understanding how music works. Her goal as a teacher is to inspire and engage students with a deeper understanding of the music they play and listen to, as well as expose them to new music and show them ways of better understanding it. 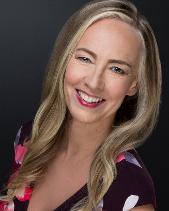 Acclaimed for her “stylistic versatility, clarity, range” (Halifax Chronicle Herald) and “gorgeous operatic power” (Vancouver Sun), soprano Heather Pawsey has performed across North America, Europe and Japan. Honoured as an Ambassador of the Canadian Music Centre — one of only 50 performers and conductors "who have played exceptional roles in shaping the Canadian music scene and raising the profile of Canadian music”—she has premiered over 40 works (many of them written specifically for her), and is a First Prize winner of the Eckhardt-Gramatté National Music Competition. Known for her creation of roles in new Canadian operas (Your Breath My Breath: Dialogue for a Mother and Daughter; One Thousand White Paper Cranes for Japan; Kayoi Komachi / Komachi Visited; Stickboy; Lillian Alling; The Lake / n’-ha-a-itk), Heather is featured in a short film about composer Barbara Pentland, and is the producer and featured performer of the opera documentary The Lake / n’-ha-a-itk, the first and only Canadian opera to be made into a film. As soloist, Heather has appeared with the Vancouver Symphony Orchestra, Turning Point Ensemble, Scotia Festival of Music (Halifax), Aventa Ensemble (Victoria), Vancouver Island Symphony, Land’s End Ensemble (Calgary), Emily Carr String Quartet (Victoria), Music on Main, Sonic Boom Festival, The Little Chamber Music Series That Could, Indian Summer Music Festival, Sonic Boom Festival, and CBC Radio, among others.

Ms Pawsey received a Bachelor of Music in Voice Performance at the University of British Columbia, and continued her training at the Banff Centre for Arts and Creativity; Britten-Pears School for Advanced Musical Studies (Aldeburgh, England); American Institute of Musical Studies (Graz, Austria); the Young Artists’ Program at the Scotia Festival of Music (Halifax); and with renowned mezzo-soprano Phyllis Mailing at the Vancouver Academy of Music. She has served as judge for the Western Canadian Music and JUNO Awards, the Eckhardt-Gramatté National Music Competition, UBC Concerto Competition, Vancouver Opera Guild Career Development Grant, and the Lieutenant-Governor of British Columbia’s Sing Me a Song Competition. Known as an adjudicator and clinician at music festivals, she has also taught at Douglas College and maintains a busy private studio. The recipient of many scholarships, grants and awards from the BC Arts Council, Canada Council for the Arts, City of Vancouver Cultural Services and numerous Foundations, Heather is the Founding Artistic Director and General Manager of Astrolabe Musik Theatre. She is proud and honoured to be on faculty at Capilano University. 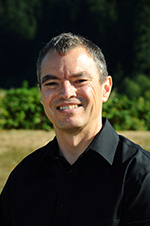 George Roberts received his vocal training at UBC and the Vancouver Academy of Music. He has worked as a singer, choir director, accompanist and coach in the Vancouver area for over 30 years. His philosophy of teaching voice is based on the principle that singing should be as effortless as talking, and he has brought his naturalistic and even sometimes fun teaching style to both the Music Diploma and Jazz Studies programs since 2001. 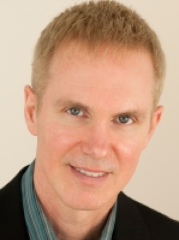 David Vandereyk is a regular instructor in the Music Diploma Program where he teaches piano and music theory.  He holds a Master of Music Degree in Piano Performance from the University of British Columbia where his principal teachers were Jane Coop and Robert Silverman.  David's interest in physiologically based and injury preventive piano technique led him to pursue further studies including the Alexander Technique and Taubman Approach and training with Nelly Ben-Or in London, England and Barbara Lister-Sink at Salem College, North Carolina.

A member of the Canadian Music Festival Adjudicators’ Association, David has given masterclasses and adjudicated music festivals throughout Canada and presented lectures on a wide variety of pedagogical subjects.  Recent activities include serving as a juror for the Knigge Piano Competition and adjudicator for MusiQuest, a national music competition in India where David also presented a lecture on Healthy Approaches to Piano Technique. A Senior Piano Examiner for the Royal Conservatory of Music since 1991, David has also served on the Council of Examiners, which is responsible for setting examining and marking standards across Canada and the United States.  David maintains an active private studio and his students have been the recipients of numerous awards including Royal Conservatory of Music regional and national gold medals, for highest examination marks in the province and country. 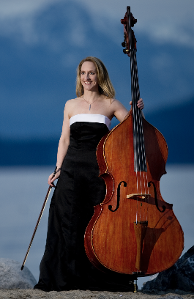 Raised in St. John’s Newfoundland, Meaghan completed her undergraduate degree in performance at the Royal Conservatory of Music in Toronto with virtuoso bassist Joel Quarrington. During that time, she also had the privilege of studying with bass legend Gary Karr. Meaghan earned her Konzertexamen with Michael Wolf at the Universität der Künste in Berlin. She also attended the Carl-Flesch Akademie in Baden-Baden, Germany where she studied with Finnish double bass phenomenon Janne Saksala, Principal Bass of Berlin Philharmonic.

A believer in diversity and innovation, Meaghan enjoys working with living composers and expanding the repertoire for double bass. She premiered the Concerto for Cello, Bass, Suona & Dizi by Dr. Ning Wang (Beijing) with the Nu:BC Collective and premiered Placentia Bay: Summer of 1941 for double bass and orchestra by Mark Haney with the Okanagan Symphony in November 2019. Meaghan is a passionate advocate of Canadian design and craftsmanship and performs on a double bass made by Peter Mach (Gatineau, QC) and bows made by Reid Hudson (Duncan, BC) and Max Kasper (Halifax, NS).

Meaghan is grateful to have been supported throughout her career with grants from the Newfoundland and Labrador Arts Council, the BC Arts Council, and the Canada Council for the Arts. She teaches at Capilano University, privately both in person and online, and at the West Coast Amateur Musicians Society course in Squamish,BC, each summer.